Conscious Frontiers was founded by experienced communications expert and journalist Will Gethin in 2012 to promote organisations and individuals engaged in creating a more sustainable, enlightened, healthy and happy future for our planet.

Having worked initially for London agencies across leading consumer, music and arts accounts (including Renault, Ben & Jerry’s Ice Cream, EMI, Real World Records, Virgin Megastore and the National Portrait Gallery) – as a freelance communications consultant from 2004-2011, Will represented a variety of holistic and charitable organisations, and also worked as a travel journalist and holistic explorer writing for leading national newspapers and magazines, including The Independent, the Evening Standard, Tatler, Resurgence and Yoga Magazine (www.willgethin.com). He also served as Contributing Editor to the innovative conscious multimedia magazine Life Arts Media (2011-2015). He is a qualified meditation teacher (BsOM).

Within his Communications role for the Isbourne Holistic Centre, Will also set up and developed a Guest Speaker programme of educational talks and workshops at the Centre from 2008-2013, bringing leading edge ‘positive living’ authors to Cheltenham – from Byron Katie, Dr Masaru Emoto and “Horse Boy” Rupert Isaacson to Graham Hancock, Peter Owen Jones and Satish Kumar – considerably raising the centre’s profile and boosting its acclaim as one of the leading growth centres in the South West of England.

A virtual business, Conscious Frontiers calls on a network of experienced communications specialists to meet specific client needs.  With low overheads, the company is able to offer highly competitive rates compared to larger agencies and senior level expertise and experience so vital to attaining results and maximising communications budgets.

Conscious Frontiers can give voice to your vision, raise your profile, attract new business and support your contribution to the positive evolution of our planet.

More about Will Gethin 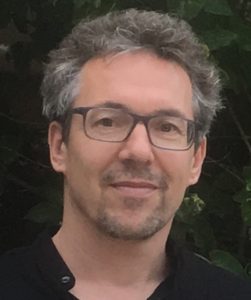 Inspired by a life changing sabbatical exploring the spiritual underbelly of India (2000-2001) and jaded from the material drive of the consumer PR rat race (1993-2003) – Will decided to take a more humanitarian career path, and from 2004, turned his hand to promoting holistic, charitable and intercultural organisations as a communications consultant while also working as a travel journalist and holistic explorer.

Moving to Cheltenham in Gloucestershire in January 2004, Will’s communications work was primarily focused on the Isbourne Holistic Centre supporting its aim to ‘create positive lives through education’, and IT Schools Africa, a charity dedicated to transforming IT education in Africa, significantly contributing to the growth of both charities.  Also working as a travel journalist and holistic explorer during this time, he travelled to Mongolia, Peru, Morocco, India, Sinai and the Arctic, learning and writing about global spirituality, holistic health, extreme travel and cultural change.

Moving to Bristol in 2010, Will began his publicity endeavours for clients based in the city (including Tribe of Doris multicultural arts festival and Afrika Eye film festival). Combining his core skills and experience of communications, events, writing, travel and holistic exploration,  he then set up Conscious Frontiers in 2012 to help propel the New Consciousness Revolution and create a better world.

Conscious Frontiers has been based at the Red Brick Building Cente in Glastonbury since April 2016.