Following the mass internet furore surrounding the censoring of his recent TEDx talk, iconic author Graham Hancock hits the road next week to promote his sensational new novel – an electrifying adventure story about the Spanish conquest of Mexico 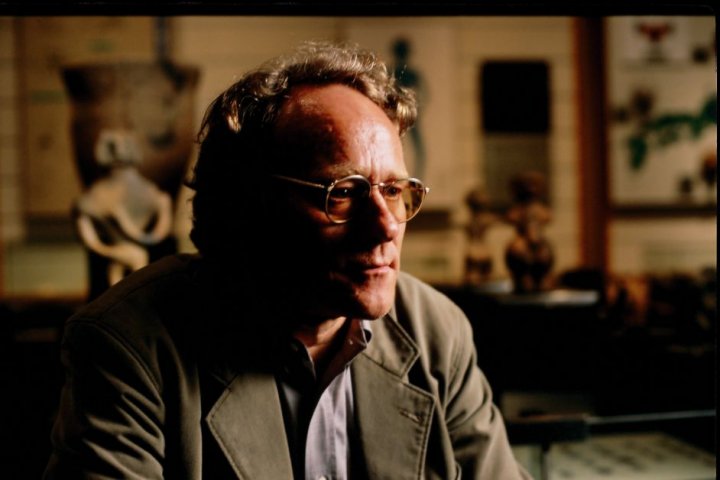 Controversial bestselling author Graham Hancock – renowned worldwide for his many nonfiction books like Fingerprints of the Gods, expounding his claim that an advanced civilisation existed during the last Ice Age – has become an increasingly iconic figure in recent weeks, following media giant TED’s vetoing of his TEDx talk The War on Consciousness, along with a talk by Rupert Sheldrake.

The public backlash against TED’s actions included open letters to TED by Deepak Chopra and leading scientists claiming TED rejected the talks because they endorsed “non-local consciousness” – the idea that consciousness can exist beyond the human brain.  Reprimanding TED’s censorship, Deepak and the scientists suggested Graham and Rupert’s talks may have sparked a major science revolution – a revolution in our understanding of the mystery of human consciousness. 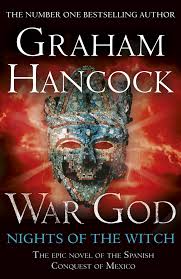 Hot on the heels of this TED saga, and amidst rising notoriety, Graham Hancock now releases his second novel War God: Nights of the Witch, the riveting tale of the Spanish conquest of Mexico, which this week jumped to number 4 in the London Evening Standard’s bestseller list.

Next week (June 18th-21st), Graham will be travelling to Manchester, Liverpool, Glasgow and Durham to give talks at Waterstones bookstores about War God (details on his website events page). In these talks, he’ll also be sharing his latest compelling evidence for an advanced “Lost Civilisation”, to be revealed in his forthcoming sequel to Fingerprints of the Gods due in 2015. More talks will follow in Bath, Birmingham and other locations later this month.

War God tells the story of colliding empires, where two gods of war and their avatars, Cortes and Moctezuma, fight to the death for supremacy.  Comparable to legendary historical feats like those of Alexander the Great, Julius Caesar and Genghis Khan, the Spanish conquest of Mexico took place nearly 500 years ago, between February 1519, when Hernan Cortes and his small fleet first landed on the coast of the Yucatan, and August 1521 with their final apocalyptic siege of the Aztec capital of Tenochtitlan – the site of modern Mexico City.  Staggeringly, the Spanish invaders were to overthrow the mighty Aztec empire and over 200,000 brutal warriors with an army of just 500 men.

Hancock describes the conquest as “a true adventure, so extraordinary, and at times so unbelievable, you literally couldn’t make it up.” And yet aided by an unsurpassed knowledge of the ancient Aztec civilization and cosmology, an ingenious flair for fictional narrative, and a powerful imagination, the author puts the flesh on the bare facts of history to deliver an enthralling, page-turning rollercoaster ride through this portentous moment in time.

Like Graham’s War on Consciousness TEDx talk, War God also explores the realm of non-local consciousness, with two “Gods of War” inflaming the great battle between the Spanish and Mexican empires.  On the Spanish side, Cortes believed he was being directly guided by Saint Peter, his patron saint, and the novel shows how Cortes’ dreams of encounters with Saint Peter shaped the course of the conquest. Meanwhile as recorded in historical documents, Moctezuma, the Aztec Emperor, communicated regularly in visionary states (induced by the use of hallucinogenic mushrooms) with Huitzilopochtli – “Hummingbird” – the war god of the Aztecs.

For Graham, the new science of non-local consciousness raises an extraordinary possibility. “Could the entities mankind has encountered down the ages in visions, whether construed as ‘Angels’, ‘Demons’ or ‘Gods of War’, in some sense, at some level of existence, be real?” He muses.  “Perhaps they even inhabit the parallel dimensions envisaged by quantum physics and not normally accessible to our senses except in dreams, trances and other deeply altered states of consciousness.”  This exciting concept of supernatural interventions in human affairs lies at the heart of War God.

War God’s vivid authenticity and rich texture owe much to Hancock’s unique knowledge of the supernatural elements at play in this real life saga, including his firsthand experience of psychedelic plants. Hancock’s ten-year ceremonial use of the shamanic visionary brew, ayahuasca, began as research for his last non-fiction book Supernatural (published 2005) and also informed his celebrated first novel, Entangled (published 2010).  In War God, we encounter witchcraft and sorcery, visions of deities and demons, and the mythical return of Quetzalcoatl, “The Plumed Serpent”, Central  America’s expelled god of peace, prophesised to come again to these lands to overthrow a wicked king and restore justice.  Such paranormal forces were part of the fabric of ancient Mexico, aptly described by Nobel prize-winner J.M.G. Le Clezio as “the last magical civilisation”.

Caught up in War God’s mighty collision between Spain and Mexico are Tozi, a young Aztec witch, the beautiful courtesan Malinal whose hatred of Moctezuma runs so deep she will sell out her own land and people to destroy him, and the Spanish page Pepillo who serves a sadistic Dominican Inquisitor. In a land and an era dominated by human sacrifice, and the prophecy announcing the return of Quetzalcoatl, we see a culture at the height of its decadence, with personal loyalties pushed to the edge, and a brutal adherence to divine will.

War God’s launch coincides with the 500th anniversary of the Papal Requirement in June 1513, which legitimised Spain’s war of conquest as an act of God, instigating centuries of God-inspired colonialism, which would radically reshape the world.

“It is interesting to wonder what the world we live in today would have been like if the Spanish conquest of Mexico had never taken place, or been guided to unfold in a different way,” Graham reflects. “For the pattern of genocide that Cortes set in that benighted land – and all in the name of God – was followed slavishly little more than a decade later by Pizarro in Peru and ultimately became the model for the dealings of all the European powers with all the indigenous peoples they were to encounter the world over in the centuries of darkness that followed.”

While War God is a an epic tale of daring deeds, of the clash of battle and the worst excesses of male violence, it is also fundamentally the tale of two remarkable Native American women who will confront and overcome appalling physical and spiritual dangers in the face of unimaginable adversity, to convey Hancock’s positive message for the book: that the human spirit and our capacity for love can survive, and thrive, even in the worst possible circumstances and the darkest of times.