Pathways to Family Wellness magazine (USA), have published a report by Conscious Frontiers, “Has the Science Revolution of our Times Begun?”, about the recent “TEDx Censorship Saga” surrounding the banned talks of controversial authors Graham Hancock and Rupert Sheldrake by USA media giant TED. 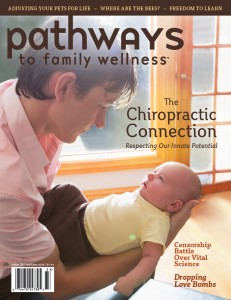 TED’s removal of the talks by Graham Hancock and Rupert Sheldrake from the TEDx youtube channel, both endorsing “non-local consciousness”— the idea that consciousness exists beyond the human brain – led to a heated controversy across the global internet about censorship, true science and freedom from dogmatic ideologies.The debate featured Deepak Chopra and leading scientists like Stuart Hameroff, Menas C. Kafatos, Rudolph E. Tanzi and Neil Theise.

The Conscious Frontiers report is part of a wider “Freedom for a Shift in Consciousness” feature in the current issue of Pathways which included an article by Rupert Sheldrake about the saga.

You can read the report HERE