Megalith takes the world by storm!

There was much excitement at Conscious Frontiers when our recent publicity campaign for the Stonehenge launch of Megalith: Studies in Stone – the iconic new book on stone circles – went viral, blazing a trail of media coverage across the globe.

Featuring eight leading authors in the field, Megalith – the latest publication from the Wooden Books’ liberal arts series – is the first global study to fully reveal the remarkable complexity of stone circles, shedding light on many of the mysteries surrounding them. With sections on Avebury, Stonehenge and other leading megaliths in Europe and beyond, the book also presents evidence for a unified megalithic philosophy, demonstrating that Stone Age architects were attempting to build something much more ambitious than ever previously realised. 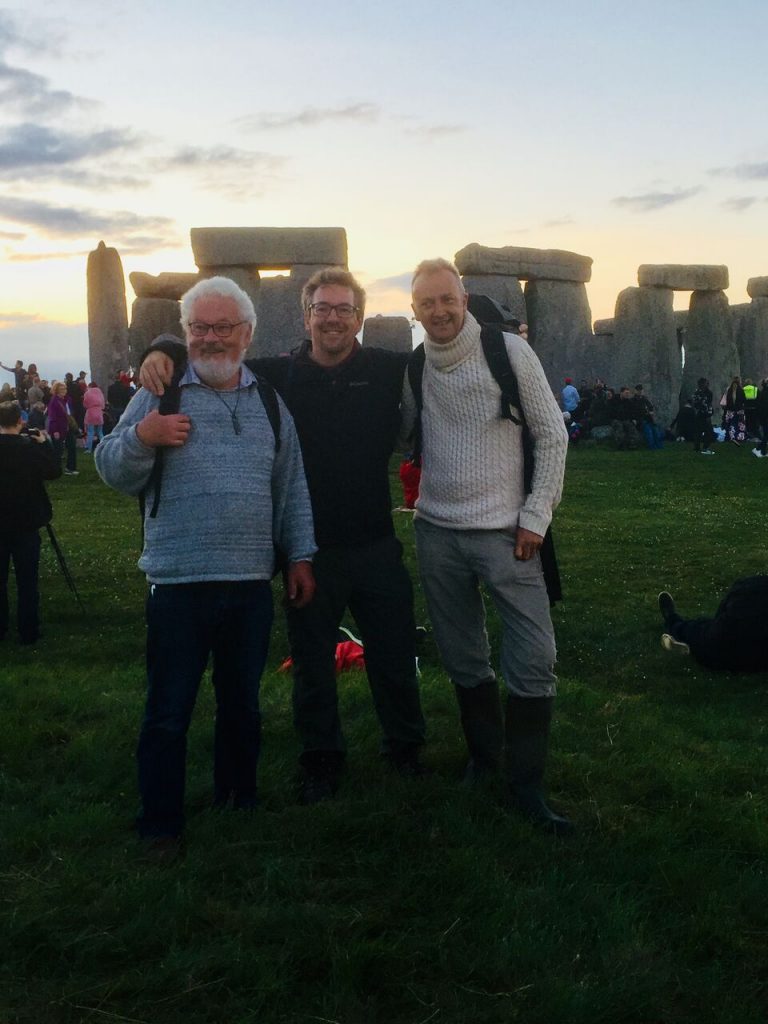 Megalith’s launch at Stonhenge for solstice on 21 June inspired a number of articles in UK national newspapers, including the Daily Telegraph, i News (Independent), the Daily Mail and the Daily Express. Co-author Robin Heath added fuel to the fire with his hypothesis that Stonehenge builders used Pythagoras’ theorem 2,000 years before the Greeks, sparking dozens of press and broadcast pieces worldwide – from the New York Times, Fox News and Coast to Coast Radio (US) to BBC World Service, Melbourne’s Herald Sun and India Today – all starting with this excellent article in the UK Daily Telegraph. A precis of most of the online press coverage focused on this story can be found here on Google News.

Six local BBC stations across the UK interviewed Robin Heath about Megalith the day after the launch, from BBC Scotland to BBC Solent (Southampton), and a number of pieces ran in local Wiltshire newspapers and magazines.

Many thanks go to Hugh Newman for very kindly lending Robin, John and I his cottage over solstice – just a light skip across the field from Stonehenge, this made our pilgrimage to the monument (both the night before and again for sunrise) a hugely simplified and enjoyable experience!

Megalith: Studies in Stone can be bought on Amazon, in Waterstones and other book stores. For more info about Megalith and Wooden Books, visit: www.woodenbooks.com