Mukti Mitchell, author of The Guide to Low Carbon Lifestyles and Director of CosyHome Company – who famously sailed an eco micro yacht around Britain in 2007 – was announced this year’s ‘Environmental Champion’ at the DEBI Awards (Devon Environmental Business Initiative), which took place at the MET Office in Exeter on Thursday 24th November.

Mukti – whose life mission is to avert climate change – was awarded for his personal commitment to an exemplary low carbon lifestyle over 20 years, and for his work as Director of CosyHome Company – a business offering energy-saving insulation solutions for period homes.

Mukti Mitchell said: “I am delighted to receive the Devon Environmental Champion award for 2016 for my work with CosyHome Company and promoting low carbon lifestyles. The DEBI Awards do great work in celebrating Devon’s many diverse environmental businesses and champions and the award will help us get more attention for our home energy-saving products. This in turn will help more home owners save money and be warmer in their homes which is fantastic for the environment.

“I am very grateful to the whole team of 17 staff at CosyHome who all deserve a part of the award,” Mukti continued, “as well as the many others I work with on environmental projects, especially Darren Hall of www.smart-living.org.uk with whom I am creating an exciting eco living show, set to be the biggest in the South West. Watch this space!” 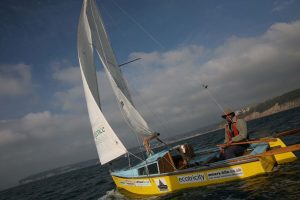 Mukti first came to public attention when a zero emission micro yacht he designed and built was nominated “Innovative Boat of the Year 2005” at the British Marine Awards. Duly sailing the micro yacht around Britain in 2007, he was endorsed by The Prince of Wales, the Prime Minister and several environmental organisations. His 45 talks and generated media articles and broadcasts along the way extolling the benefits and simple application of low carbon lifestyles reached an audience of 10 million.

It was while undertaking an internship in parliament in 2010, that Mukti was inspired to set up CosyHome Company. Hearing MPs debate how they were going to insulate Britain’s old housing stock, he felt called to address the problem of heat loss, energy use and CO2 emissions in Britain’s period houses. Realising that insulating all of Britain’s older homes would cut the nation’s carbon footprint by 10%, he committed to spearheading a UK retrofitting revolution, and started CosyHome Company with Paul Dickinson, CEO of The Carbon Disclosure Project, in 2010.

Mukti is also the designer of the online Resurgence Personal Carbon Calculator, widely recognised as as the best on the worldwide web. The calculator is available on the Resurgence magazine website: www.resurgence.org/carboncalculator .

He has been shortlisted for several awards over the years, including the John Hogg Yacht Design Award, a P.E.A. Award, Eco Entrepreneur of the Year, Innovative Boat of the Year 2005 and the James Caan ‘Berti Green Accelerator’ award and won the Chartered Institute of Building’s Sustainability award in 2011. He has given over 200 talks on low carbon living and the art of insulating traditional and period properties. 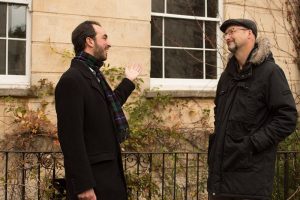 In its first six and a half years, CosyHome Company (www.cosyhomecompany.co.uk) has insulated 278 properties, installed over £1.6 million worth of insulation and saved over 4800 tons of CO2 emissions. The company is estimated to be collectively saving its customers over £150,000 worth of energy annually. CosyHome has ambitions to open branches nationally and Mukti’s personal ambition is to insulate Buckingham Palace!