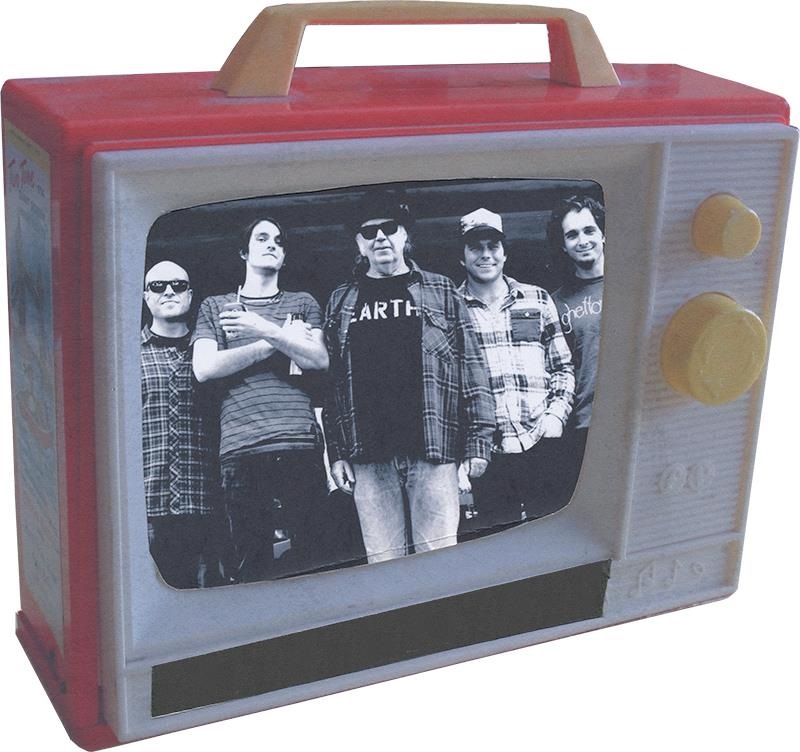 Resurgence & Ecologist magazine have joined veteran “rocker of new consciousness” Neil Young on his tour of Britain and Ireland this week, helping to turn up the volume on his environmental message.

The tour, which started Tuesday 7th June, is accompanied by a Global Village of activists featuring a select group of respected local and international green campaigners and organisations, such as Beyond GM, Friends of the Earth and Sustain – who have been invited to share their materials and messages at Neil’s gigs.  The Global Village has already toured the US with the legendary singer and now accompanies this week’s UK/ROI gigs in Belfast (SSE Arena, 7 June), Dublin (3 Arena, 8 June), Leeds (First Direct Arena, 10 June) and London (O2 Arena, 11 June), before continuing across France and Europe.

I’m excited to be joining Neil’s Global Village to represent Resurgence & Ecologist at the London gig this Saturday, helping to spread his vision for a more sustainable and equitable future, as well as the Resurgence vision for ‘One Earth, One Humanity, One Future’, in this year that the magazine celebrates 50 years at the forefront of the UK green movement. 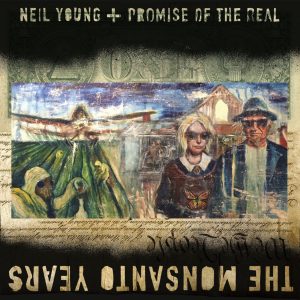 Neil Young’s new album, The Monsanto Years, showcases the Canadian singer-songwriter’s longstanding concerns for environmental issues, including the dangers of GMOs (genetically-modified organisms) and corporate power. It features songs exploring such topics as global hunger, pesticides and ecology as well as highlighting issue ranging from climate change and renewable energy to social justice, endangered species and ocean conservation. The tour, which is supported by Californian rock band, Promise of the Real, will also promote Neil’s new live album, Earth.

The Global Village on Neil’s tour comprises of six themed tents focussing on six different activist topics: GMOs, Earth Ecology, Energy & Climate, Freedom & Justice, Future of Farming, and News You Can Trust. Attending fans will have the opportunity to talk with organisation representatives to learn valuable information about the most pressing ecological and social issues facing our planet today.  Resurgence & Ecologist will be featured in the ‘News You Can Trust’ tent, along with fellow green publications including Permaculture, Positive News, Peace News and Earth Island Journal.

Neil Young has also recently launched a resource website, GoEarth.org, to support people wanting to live a greener life, based around the activities of the Global Village.

Charris Ford, Neil Young’s Environmental Campaign Manager, said: “We’re delighted that Resurgence & Ecologist is joining Neil Young’s UK tour and quest to create more environmentally conscious world. Like Neil, both Resurgence and the Ecologist have been at the forefront of the green and social justice movements for decades – and since the two magazines merged in 2012 – they have provided a strong united voice in the call for a more just and resilient future.” 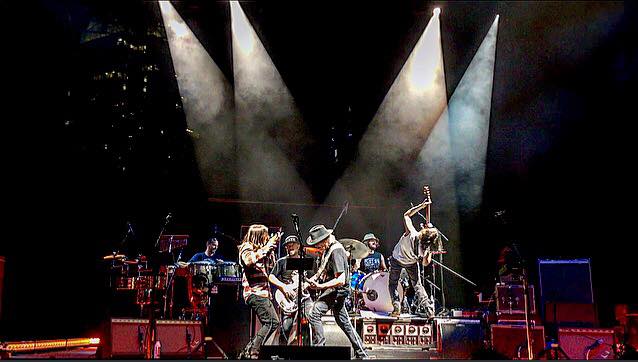 One of the few musical artists to have been inducted into the Rock & Roll Hall of fame twice, Neil Young has been blazing a light on political and environmental issues through his music for decades. His song ‘Ohio’ – written during his days with Crosby, Stills, Nash & Young – was a condemnation of the shooting of four students at Kent State University in 1970 during anti-war protests. More recently he has protested against the tar sands projects in Canada, made a stand for the rights of indigenous peoples, and initiated a boycott of Starbucks until they stop supporting Monsanto’s bid to block GMO labelling in the United States. 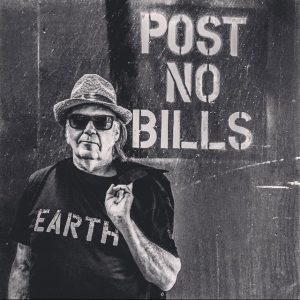 Neil Young explains the Monsanto dilemma that fuelled his album and the tour: “The Monsanto Years are here and we are living them. Monsanto is the poster-child for what is wrong with corporate controlled government in our world. The Monsanto Years encompasses several associated subjects that millions of people worldwide are concerned about and active in. Earth is not ours. We are of the Earth. That’s how I feel. When we plunder our own home we hurt our children and their children after them. I feel responsible.”

Pat Thomas, a former editor of the Ecologist and director of Beyond GM, which is organising the GMO and Future of Farming tents on Neil Young’s European tour, said: “Music by itself doesn’t change anything. But delivered, as it so often is, by charismatic, committed and creative artists, it has a unique ability to turn up the volume on social and political issues. Activist musicians like Neil Young are plugged in to the current desire, and urgent need, for cultural change. They can bypass a corporate media that is fearful of challenging the status quo and put important issues like agricultural GMOs in front of the public and encourage them to turn the message into action.” 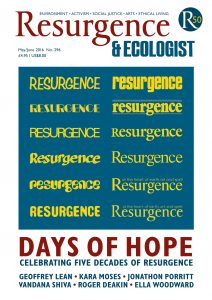 “This year – 50 years since Neil co-founded Buffalo Springfield in 1966, Resurgence celebrates its own 50th birthday,” Greg said. “So like Neil, we were among the early campaigners for the sort of environmental and social issues that have become so relevant and critical today.

“If you come to any of Neil’s concerts in Belfast, Dublin, Leeds or London,” Greg continued, “look out for Resurgence & Ecologist – copies of the magazine will be available in the Global Village and we will also have a stand and representatives from the magazine at the Belfast and London gigs who will be delighted to tell you more about the magazine and the wider work of The Resurgence Trust and answer any questions.”

The Letter from America (theletterfromamerica.org) is an open letter from citizens of the US to citizens of the UK and the rest of Europe warning of the risks of GMOs. It was signed by groups and individuals – and celebrities- representing more than 60 million Americans and has been translated into eight languages

For details of how to become a member of The Resurgence Trust, and receive six magazines a year, visit www.resurgence.org/membership;  or contact the Trust: 01208 841824; members@resurgence.org