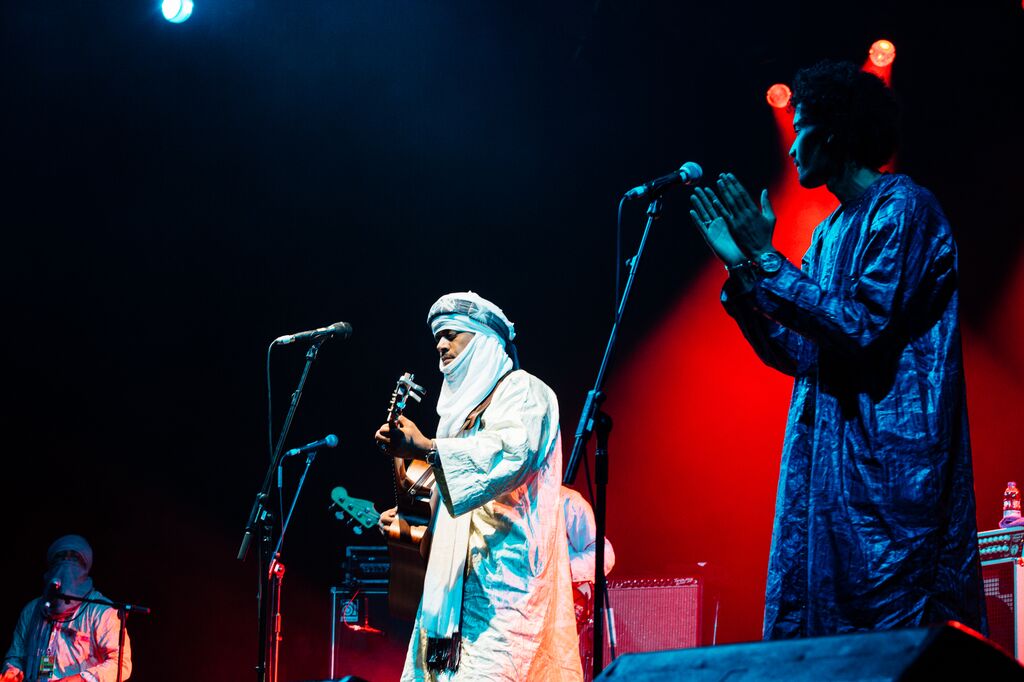 The recent 33rd WOMAD Festival at the end of July was a helluva mud bath!

But it takes far more than a bit of rain and mud to dampen the WOMAD spirits, and the legendary world music spectacular burnt its usual bright flame, hosting over 120 performers from 53 countries and welcoming 35,000 festival punters to the rain drenched Charlton Park site in Wiltshire over four days, where 161 performances rolled on amidst the muddy mayhem! 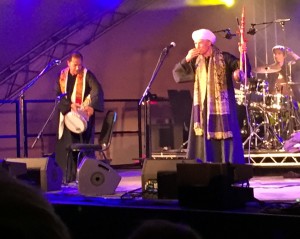 My favourite live music performance came from The Egyptian Project on the Radio 3 Charlie Gillett Stage, who blended a potent mix of traditional Arabic music with modern electronica, late on the Saturday night. The ingenious “project” was dreamed up by French producer Jérôme Ettinger, who falling in love with Egypt’s culture and music, decided to cook up a fusion of electronic and acoustic sounds based on that country’s traditions, featuring the arghul (Egyptian reed instrument), various percussion, the kawala (cane flute) and the rebab, a beguiling string instrument played by Egyptian legend, Salama Metwally. As with most traditional Egyptian music, the raw emotionality of the singing is utterly captivating.

The band’s diverse hotchpotch of performers made for a curious spectacle up on stage – the wizened, silver haired Metwally resplendent in turban and traditional Egyptian dress, bearing his rebab; An Arabic singer dressed in a formal, modern grey suit; a funky, flat-capped Frenchman astride a hi tech drum machine; and Jérôme himself, jumping around like a master digital deckmaster before an Apple Mac PC.

Blending electronica and haunting classical melodies, the music was like a fluid soulful prayer with a filmic quality, a hypnotic journey of gently jarring sounds, fusing drumming, deep choral charge, flutes, strings, beats, claps and looping rhythms. And the set gradually built into an ecstatic trance dance crescendo, with pounding techno beats and a pandemonium of wild flute harmonies, while Salama Metwally emerged centre stage in a dazzling display of rebab performance, waving his long bow like some mystical Bedouin swordsman. “Make some noise for Mister Salama Metwally,” called Jérôme and the audience clapped and cheered their appreciation.  Meantime one of the performers, swathed in a black robe, whirled across the stage like a dervish, arms snaking into the air as he dexterously played finger cymbals in a mesmerising, whirring clash of sound.

My next personal favourite was the Shikor Bangladesh All Stars – a traditional folk band from Bangladesh, dressed mostly in flowing white, playing an exquisite collection of traditional instruments – strings, large double ended and psychedelic coloured drums, flutes, bells and rattles – accompanied by soaring and emotive, vocals and rhythmic, beats and claps. The flutes seemed to transport you beyond – to a place of intoxicating enchantment – and complete with a female vocalist’s stirring incantations, were reminiscent of India’s devotional bhajan music.

Other personal musical highlights included Mad Professor’s juicy splattering of spacey phat dub sounds;  Daddy G and MC Deemas J with their riveting frenzy of breaks, beats, bleeps and machine-gun patter; the Toureg soul rebels of the African desert, Tinariwen, blazing up a funky fusion of whirring guitars, deep base blues and rocky Arabic rifts; The Soil, from South Africa, with their three piece a cappella harmonies billed as “melodic medication for people’s souls”; and last but not least – the amazing Toto La Momposina – queen of Afro-Colombian music, who at 75 years old, uplifted the crowds at the Open Air Stage with her flowing high energy rhythms. 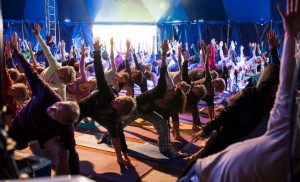 In the Hip Yap Poetry Shack, I saw the immensely talented hip hop artist and spoken word poet, Dizraeli, perform an emotive, rocking collection of lyrical poems and raw-honest raps while strumming on his guitar.

In the nextdoor tent I got to interview two human books!  Yes indeed, WOMAD came up with this ingenious concept where you get to hear the weird and wonderful life stories of human beings who have been discriminated against in some way. I got to spend half an hour each with a white Sikh (whose human book was called “Sikh or Freak”) and a “Feminist Kung Fu Poet” – what a treat that was! Sat cosy in a warm, Moroccan style tent on a rainy day, it was thrilling to peel away the social niceties and really chew on the deeper fat of life with a couple of truly extraordinary and remarkable characters!

WOMAD 2015 celebrated 21 years of Angus Watt’s fabulous flags, so a big shout goes out to Angus! Beautifully billowing in the wind above the fields of play in their many bright colours and exquisite designs, the flags really add to the ambience and explosive feast of colour that is this magical, ephemeral world of music and dance. Bring on WOMAD 2016!

For more info about WOMAD and next year’s festival stay tuned at www.womad.co.uk 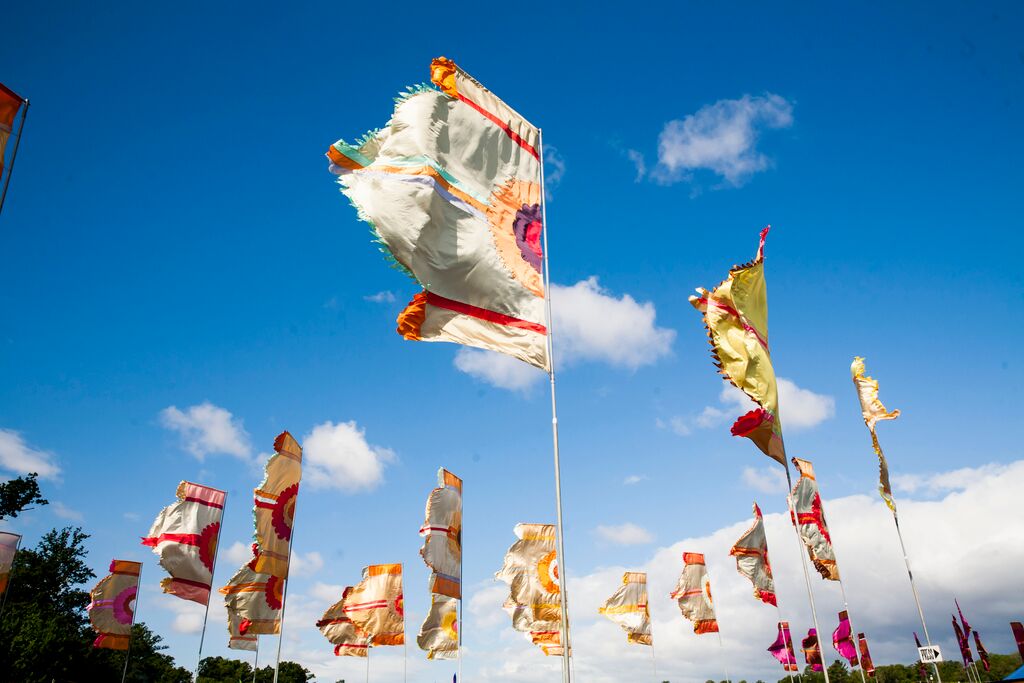