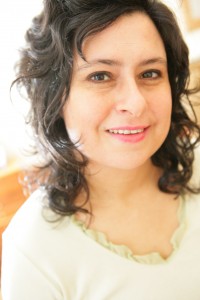 New Conscious Frontiers speaker and leading positive psychologist, Miriam Akhtar, delivered a wellbeing session for an INSET day at Solihull School in Birmingham last week, in which she introduced positive psychology as the science of optimal functioning – a way to help people feel good and function well so that they flourish as individuals, groups, communities, and of course, schools.

Ben Sandford-Smith, Head of Sixth Form at Solihull School, who is charged with introducing a wellbeing curriculum to the school, commissioned Miriam to engage their staff in the science of happiness and offer tips for building resilience at the start of the 2014/2015 school year.

“I would highly recommend Miriam to any organisation that is looking to inject some wellbeing into their culture,” Ben fed back after the session. “Miriam’s INSET session with our staff was very well received. What is great about Miriam is not just her knowledge and expertise, but also her enthusiasm and authenticity which suggests that she lives by the same principles that she is extolling to the group. Her presentation is both engaging and interactive; even the most ardent cynics will come away with something of value.”

“Positive psychology represents a paradigm shift in psychology,” Miriam Akhtar explains, “which since World War 2 has become fixated with what’s wrong with people, the disorders, deficiencies and weaknesses, losing sight of the other side of the equation – our positive selves, what makes life worth living, the ingredients for a happy life and what are our strengths and talents? Positive psychology goes beyond mainstream psychology and therapy which aims to achieve an absence of mental health problems like depression and anxiety. The goal is to help people into the presence of psychological wellbeing which is much more than the absence of illness.

“Why do we need this? One in two people in the West will have an episode of depression in their lifetime. 75% of adult mental health problems begin under the age of 18 and yet less than 30% of those people with a mental illness will have access to treatment, compared to the vast majority of physical illnesses.”

During her wellbeing session for Solihull School, Miriam shared some of the barriers to happiness, introduced a scientific formula for happiness and explained  three core Happiness Habits, which with practice can help grow happiness, resilience and wellbeing (happiness is not a spectator sport according to one of the founding positive psychologists Chris Peterson).  The Happiness Habits are Gratitude (a sense of appreciation for life), Savouring (deepening your enjoyment of a positive experience so that you get the maximum pleasure from it), and focusing on Strengths (a way to see the whole person, not just their problems; playing to your strengths brings greater wellbeing, enhanced performance and greater confidence).

“The session went really well,” reported Miriam Akhtar. “The Deputy Head, who had both leadership and citizenship amongst his top strengths, said it was excellent and that they were keen to implement a strengths culture into Solihull School, not only for students but across the staff, from teachers to support workers.  As I went for lunch in the canteen, one of the kitchen staff – who had attended my training session – told me that they were briefing everyone to savour their lunch, less than 90 minutes after the session!”

For more information about Miriam Akhtar and other Conscious Frontiers speakers visit: www.consciousfrontiers.com/inspirational-speakers/