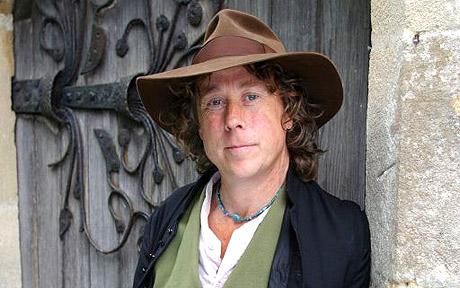 The Future NOW spiritual ecology conference which Conscious Frontiers brings to Bristol on Saturday 8th November was greatly inspired by maverick 21st century priest and TV presenter, Peter Owen Jones, and his passion for raising the debate about the future so we can urgently preserve our beautiful planet before it’s too late and leave future generations a world worth living in.

We are delighted that Peter will be presenting at the conference, sharing his vision for an evolved future humanity that recognises the sacredness of the Earth and our interconnectedness with nature and all living beings, and explores what our society’s new model of the sacred is becoming with the collapse of Christianity.

A leading ecological thinker, acclaimed author and pioneer of the New Consciousness Revolution, as as a TV presenter and ‘Extreme Pilgrim’, Peter has explored over fifty countries and over 80 religions and distilled essential wisdom to help evolve a progressive model of the sacred at this momentous time in human history when the world’s economic, political and social paradigms are at a tipping point of major change. His forthcoming book, The New Humanity, shares his ideas for positive evolution.

At Future NOW, Peter will explore the big questions facing society at this unprecedented time of Consciousness Revolution: What does this shift in consciousness mean for human identity? What is the new model of the sacred? What is the future of capitalism? And how can we care for the planet so we leave a beautiful world for our grandchildren to inherit?