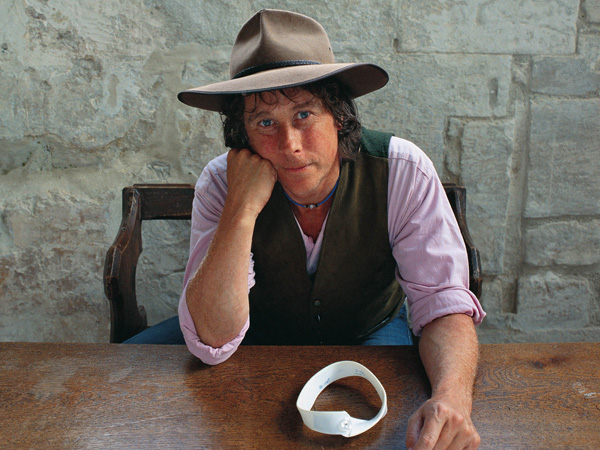 Peter Owen Jones is a maverick 21st century priest, ecological thinker and champion of ethics who, as a celebrated BBC TV presenter, has explored the world’s vast pantheon of religious and spiritual ideas and distilled essential wisdom for contemporary modern life and business.

At this poignant time in human evolution when the world’s economic, political and social paradigms are at a tipping point of major change, Peter has innovative advice for organisations, schools, universities and businesses on how to move with the times and become more responsible, ethical and purposeful. 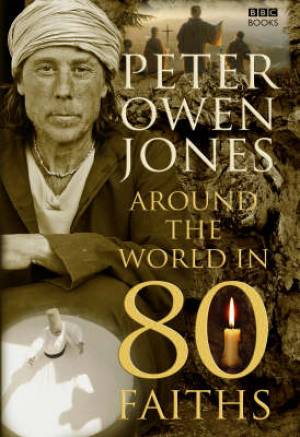 Over the last eight years Peter has presented a number of award winning TV documentaries for the BBC, including Extreme Pilgrim, Around the World in 80 Faiths, and How to Live a Simple Life. Extreme Pilgrim was nominated “the best religious programme ever made” (Daily Telegraph).  He has also written five highly acclaimed books: Bed of Nails: an advertising executive’s journey through Theological College; Small Boat Big Sea; Psalms; Letters from an Extreme Pilgrim; and Pathlands.

Peter’s latest book Pathlands  (published April 2015), shares a collection of nature walks he has made across the UK which have been featured in a series of articles for the Sunday Times, but expanded with reflections on walking and pilgrimage in modern Britain. His next book, The New Humanity, about the environment, explores our need to care for the planet so we leave our grandchildren a world to inherit that’s worth living in.

Born and raised in the UK, Peter left school and went to work as a jackaroo in Australia, before becoming a copywriter and ultimately creative director in London’s advertising industry.  Disenchanted with the material rat race and eager to follow a life imbued with service and meaning, in his late 20s he joined the clergy, becoming ordained in 1992.  He served as a rector of three parishes just outside Cambridge and is now a house for duty priest on the Sussex Downs. 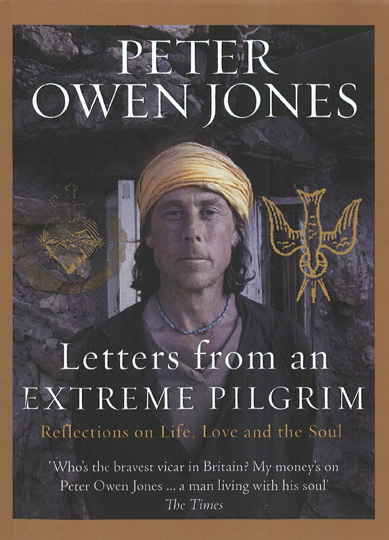 A leading edge spiritual leader, Peter Owen Jones makes for a fascinating and highly entertaining after dinner and inspirational speaker, applying his philosophy that spirituality can be found anywhere, not just in a church. Calling on his unique experience of both working in the commercial world and exploring the world’s spiritual traditions in search of meaning, Peter is eager to inspire schools, universities, organisations and businesses to infuse a balance of heart and soul into their work.

In addition to guiding businesses in evolving their CSR, Peter also offers corporate talks and workshops in the areas of Soulful Leadership, Corporate Wellbeing and Igniting Creativity.  In addition, he runs Mindfulness retreats exploring the power of silence based on his transformative experience of living in an isolated cave in the Sinai desert for the filming of the BBC’s Extreme Pilgrim series.  And he is inviting businesses to experience his dynamic adaption of the Native American ‘Sweat Lodge’ ritual as a profoundly powerful tool for team building.

Peter is also available for talks and workshops at schools, universities, churches and other organisations. He can also be booked for wedding ceremonies.

Quest of an Extreme Pilgrim – interview at Quest Festival, June 2013

“Given the materialism of this age it is refreshing and rare to find a person who proves that the Gospel can be spoken with integrity and in a way that is accessible to people from all backgrounds and all ages. Peter‘s clear, engaging and humorous talks are capable of lighting the flame of enquiry in both the young and old. He is the students’ first choice as speaker time and time again.”

“Peter Owen Jones has visited St Mary’s on three occasions over the last two years, giving talks and acting as the Speaker at Prize Giving. On each occasion he has spoken with clarity and warmth, ingeniously inspiring us to consider subjects in a new light. He has a fine sense of humour and clearly lives his mission. He was a real hit with the pupils and his words and stories were thought provoking and, at times, very moving.”

“Our students were blown away by Peter’s talk and his unique delivery style. They were captivated in a way I had not seen before. Peter inspired them to look outside their lives and think about the wider world and their role in it. So many tales to tell I could have listened to him for hours.”

“I loved Peter’s talk, it was the best one in the two years of sixth form so far. I really enjoyed the stories about all the places he travelled to and about the individual people he met. I was really struck by the question Peter posed from his travels in Ethiopia – why do we forget to share? In Ethiopia they manage to share when they have nothing, yet in the West we can’t even share when we have so much.  It’s something I will be thinking about in school.”

“Peter gave such a life affirming talk. It’s so easy in this day and age to overlook what’s really important because we’re surrounded by all this materialism and a lot of chaos. The whole thing in Ethiopia about learning to share is so simple and yet it matters so much. Simultaneously I am not really a religious person but I do meditate and I find spirituality important. The talk inspired me to self reflect and to reflect on my environment. It was brilliant!”

“Peter reminded us what a fascinating world of belief we live in and that learning about religion can be an eye-opening and life-affirming adventure.”

To book Peter Owen Jones or for further information contact
Will Gethin: 07795 204 833;
will@consciousfrontiers.com